YOUFIE ~ noun Antonym: Selfie, The name for taking a photo of someone else. Synonyms: YOUFIEoké, YOUTOOTH, YOUFIEMATON LARDONNEZ-MOI ~ An idiomatic expression used against another person who may be sunbathing on a public right-of-way.

New Statue was also a solo exhibiton at Le Club, Nîmes. Which featured art works extracted from the internet site. Throughout the opening people were welcome to take part in the Youfieoké. Pop song with a Youfie twist. Youfie tokens were exchanged for the services of a Youfie-taker. Philosophy merchandise was on sale in English, Italian, Greek and Russian. And there was an official youtube tutorial on how to smile officially on an identity photo (Youfie). 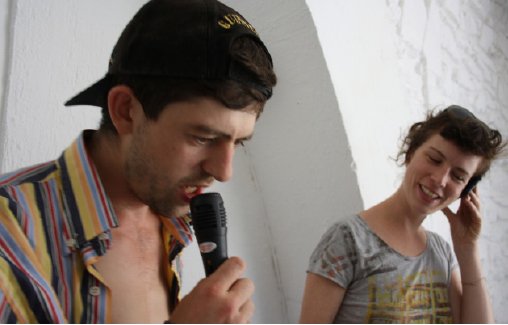