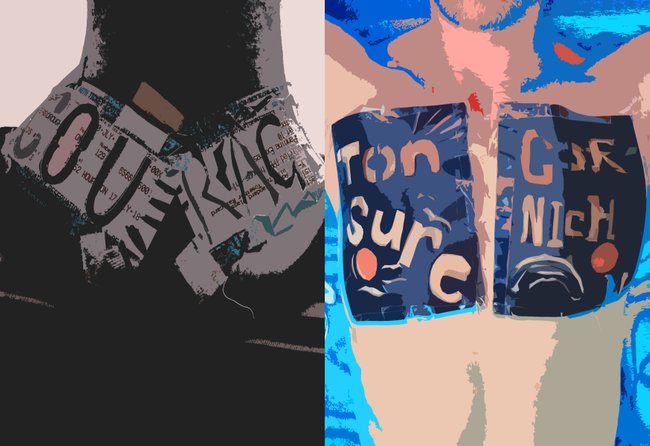 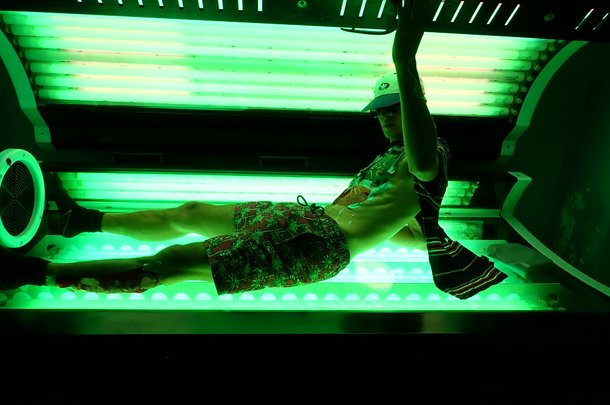 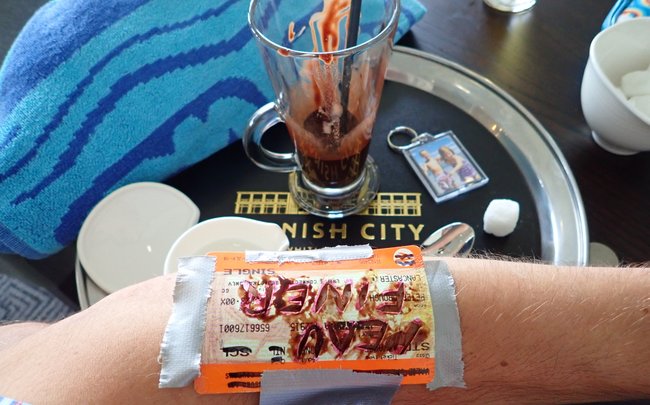 5. The fifth ritual took place in Whitley Bay, Newcastle Upon-Tyne in the United Kingdom of Brexitland. I had decided that since I would be back in the land of the heart, it would be interesting to do something very far away from this place, mainly to represent the fifth year of the ritual that was taking place on his head, after five years of absence, I became a tourist in this place. It was a tourist destination until the 1990s. I imagined that people would pick up the weak French accent that I had acquired and would laugh a lot. So I anticipated that to respond by maximizing hybridity, that is, I would make an entirely fringe event. I would bring a bit of French in the form of five words. Each word could be divided into two other words, one referring to the body and the other to the act of tanning, for example COU RAGE. (cou=neck) Although this might get lost in the minds of the British audience, there would be a much fuller explanation in the lyrics of the songs I would write during the month of August. So, what kind of songs would I write about you, you ask me? Well, obviously, about the different tanning methods I could use to make tattoos of the five (10 if you divide them up) French words on my body. Because of the lack of sun and UV in this northern corner of Brexitland. I had applied with this project for an event in Whitley Bay called ArtHouses. That’s what it sounded like, art displayed in people’s houses. A street of houses would participate, every house owner would take part in the selection. Luckily, I was one of the selected artists, so I had a budget to play with. I went to the charity shops to buy a summer outfit and then spent a week walking around, stopping at tanning salons, the tea rooms of Spanish city, Indian and Pakistani grocery stores, game rooms, markets, a fish to take away and strolling along the promenade and waterfront. My interaction with people along the way helped me build a lyrical background that would highlight LEAM’s journey of tanning. Fake tanning is a very sporty style around these parts. LEAM’s goal was simple: it was to find an alternative method of tanning words on our bodies, because the natural method of the sun was not effective enough. The songs would be a demonstration of each method. LEAM would be sincere in his approach, but seems to ignore the darkness of such a quest. 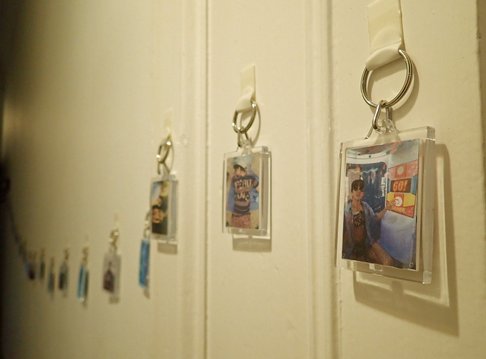 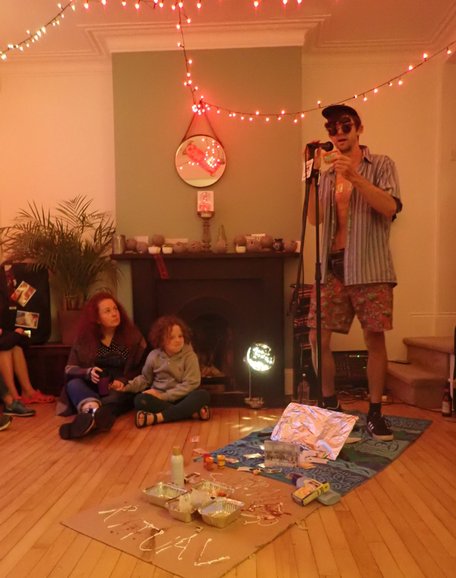