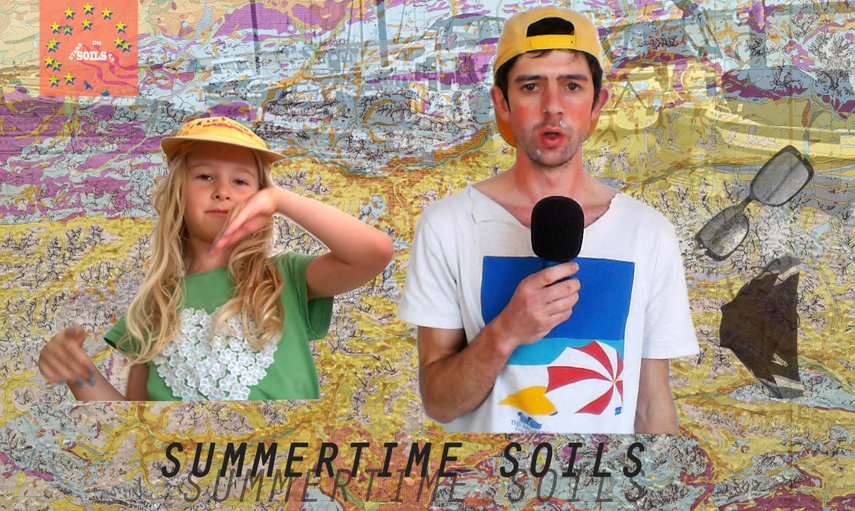 4 : The euro vision inspired the mega mix. After travelling between four EU countries, France, England, Italy and Croatia, I had a glimmer of sunshine and enough material to write an 8-minute mega-mix representing the soil of each country. Using a mixing technique, I swapped styles and languages to achieve a crossover effect. An Italian disco section was sung in English and was performed by my little sister, a folk song from Norfolk (English region) was sung in French, a French sea song in Croatian and a Croatian rock/pop song in Italian. I made CDs that I gave to drivers who were working for a summer art fair driving gallery owners, critics and journalists. There is also a Youtube video with a montage of footage of the seaside places I visited. In Norfolk, I filmed crabs running and protecting themselves on a stretch of sand trying to reach the water and not get picked up by a seagull. There were also brightly coloured maps of the soil types in the different areas.. LEAM was also the character of sunburnt tourists singing along. And we also see the earth artist/walker Richard Long wearing his bandanner and tapping mud on a wall in rhythm with a pan flute chorus.