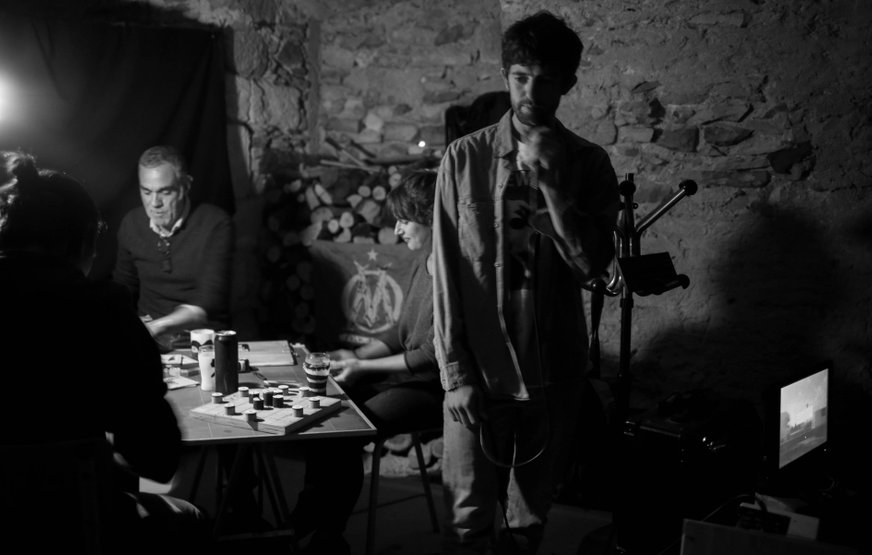 MrsFlkSngs vs MANDAP I would combine Marseille folk Songs with an interelated project called Man dressed as Pub (MANDAP) for the journnées du patrimone at L’Echangeur 22 Saint Laurent des Arbres. I installed a make-shift pub in a cave like cellar where people learnt pub banter and games such as Welsh chess and flipping beer mats with their hands. A tournament took place whilst I performed the Mrs Flk Sngs to and audience who had booklets containing the lyrics to the songs. Footnote: MANDAP is a fictional story of corbusier’s Modular man who leaves La cité one evening for some unknown reason and somehow stumbles into an Irish Pub that is close by. When Modular man enters the pub amid absurd franglais chatter, it begins to morph into objects like a half drunken pint of Guinness or a football scarf. This idea is largely influenced by the surrealist novels of Flann O’brien.